Every living thing on the earth encounters stress in one degree or another. Stress is defined as emotional, mental or physical strain in response to a stressor (event, person, situation, thing). Stress manifests with particular symptoms such as anxiety, worry, irritability, and difficulty concentrating.

Stress can also result in physical symptoms such as increased adrenaline, muscular tension, stomach pain, and exhaustion. Stress over a long period of time has also been correlated with increased risk for heart disease and cancer. 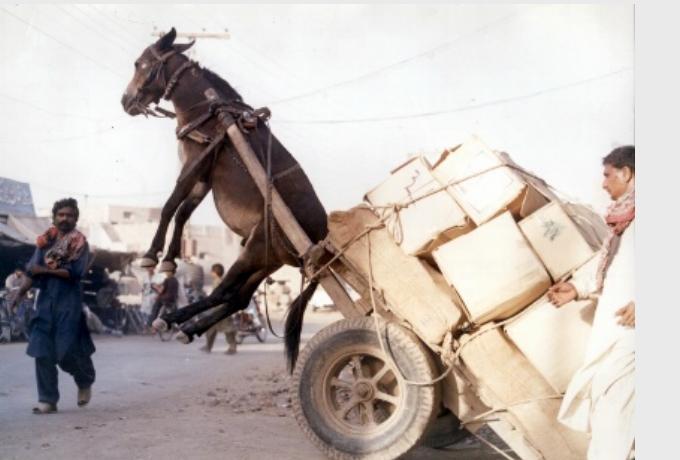 Like the donkey in this picture, too much stress disables even resilient individuals. The difficulty is not in the individual per se, but the stress overloads the individual's ability to cope. In the case of the donkey, some things are just too heavy.

However, it's important to keep in mind that not all stress is bad. In fact, there's a type of stress that's actually good for us. It's true! We'll cover this a bit later.

To illustrate these styles, consider the following scenario:

Tony works in the bakery in a local grocery store. Tony was baking a big batch of cookies for a fundraiser but he mistook salt for sugar and put 5 cups of salt in the recipe. Tony experiences stress because he doesn't have very much time left to complete the order. Now, let's look at this scenario using the three different styles...

The symptoms of traumatic stress disorders are nightmares, flashbacks (intense remembering of the event), attempts to avoid the memory, denial, high anxiety, depression, depersonalization or derealization (the feeling that one is in a dream or watching themselves from outside their body), etc.

It should also be noted, however, that everyone who experiences trauma will have resulting reactions and emotions such as shock and or denial in the first 24 hours to a few days. This is a normal reaction to trauma and does not mean one is weak or flawed. Referring again back to the donkey in the picture, some things are just too heavy.

Hans Selye
Hans Selye was an endocrinologist, a type of specialist who treats disorders connected with glands and hormones in the body. Selye coined the word "stress" to refer to inappropriate physical reactions to any demand. He further divided this term into 2 types of stress, eustress and distress. Eustress is good stress, i.e. stress that motivates and improves function. Distress is overwhelming stress that results in anxiety, depression, and the other symptoms mentioned above.

Selye also developed the general adaptation syndrome. This consists of three stages. In the alarm stage, the individual has a "flight or fight" response and his or her ability to cope with the stressor increases. This ability continues to increase in the resistance stage until the individual starts to tire, wear down and become exhausted (exhaustion stage.) 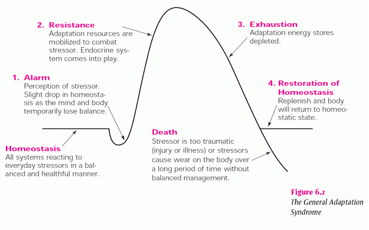 Richard Lazarus
Richard Lazarus argued that stress is unique to each individual and is dependant on appraisal (perception of stress). Lazarus believed that an individual appraises a situation and if it is stressful, the person starts using coping skills. He described two types of coping styles. The first one, problem solving, consists of managing the problem. The second, emotion-focused coping, is used to manage the negative emotions resulting from the stress.

Walter Cannon
Walter B. Cannon was an American Physiologist who coined the phrase "fight or flight" and the word homeostasis. "Fight or flight" refers to the response that animals and people have to a threatening situation. During "fight or flight" people are able to exert a great deal of energy in a short period of time due to increased blood flow, oxygen, and glucose stores. This response can cause damage to the body, however, it is a survival mechanism that can save the person's life. This explains why prolonged stress causes such a wide variety of physical symptoms. 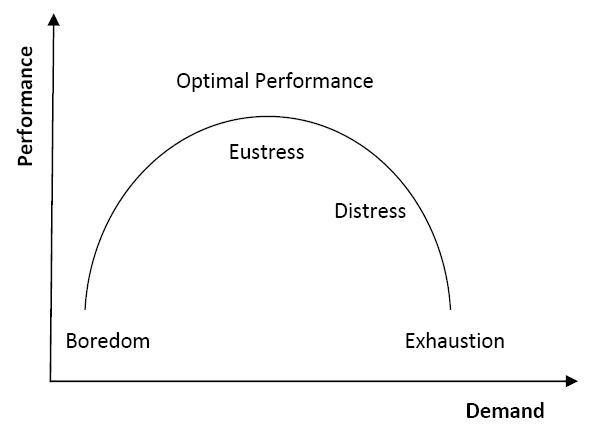 Bruce McEwin
Bruce McEwin described stress effects on the body by a term he called allostatic load. An allostatic load is a reflection of how stress hormones such as cortisol are affecting the immune system. When the body experiences stress, it secretes a hormone called cortisol. Cortisol raises the body's blood sugar in preparation for "fight or flight." Chronically high cortisol levels alter the immune system so that the body cannot fight disease effectively.

This chronically high level of cortisol and lowered immune function in response to stress is defined as a high allostatic load. High levels of cortisol can also damage cells in the brain that regulate the cortisol levels resulting in a lowered resistance to stress.

Meyer Friedman and Ray Rosenman
Friedman and Rosenman identified a high risk personality for stress induced illnesses called the Type A personality. A Type A personality is a set of behavioral features favoring achievement, competition, time urgency, impatience and hostility. Researchers have found that Type A characteristics are correlated with a higher risk of heart disease in these individuals.