A neuropsychologist is a person who studies the brain and its functions and how it relates to behavior. A neuropsychologist can end up working with people who are experiencing difficulty with decision making, learning or problem solving, as well as reading and writing ability. Other areas of interest include studying the causes of attention difficulties and memory lapses.

People have been studying the brain for years ranging from Ancient Egypt all the way up to today. Over the course of hundreds of years, people slowly began to change their view of the brain and its function. No longer was the brain viewed as a useless organ that had little or no effect on the body but instead they realized that the brain was actually quite important and had a number of important functions.

Descartes was one of the first people who came to believe that the brain had an effect on behavior. He developed the idea that "animal spirits" flowed through the nerves and causing movement as well as behavior. While agreeing with Descartes about the "animal spirits" Thomas Willis believed that the actual structure of the brain had an influence on behavior and published a book detailing the anatomy of the brain in the mid 1600s.

Although discredited as a valid theory, Gall and his theory of phrenology did provide people with a number of important concepts for neuropsychology. Phrenology held that the size of various parts of the brain was important and that these sizes could be calculated through measuring a person's skull. Gall's belief that the brain was the location of such cognitive functions as thoughts and emotions was significant to the development of neuropsychology as was Gall's concept of localization. Localization is the idea that certain parts of the brain are responsible for certain functions. Paul Broca accepted this idea of localization and found that certain areas of the brain are responsible for language.

People continued to study the brain and its structure which increased people's understanding of the brain and its functions. This led to the development of neuropsychology and the acceptance of the concept that how our brains work affects our behavior.

A neuropsychologist will also research the effects of specific brain injuries as well as neurological developmental disorders and neurodegenerative disorders. Some examples of neurological developmental disorders are autism, Asperger's syndrome, Tourette's and dyslexia. ADHD, cerebral palsy and Down's syndrome are also areas of study for a neuropsychologist.

A neuropsychologist will also study a number of neurodegenerative disorders such as Parkinson's disease, Alzheimer's and even the effects of a stroke. 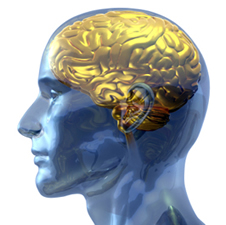 An individual assessment, like the normative assessment, is done on an individual but instead of comparing the result to a representative sample, the test results are compared to earlier test results done on the same individual. This will allow the neuropsychologist to chart any changes over time which may occur as a result of a neurodegenerative disorder. These test results may still be compared to a representative sample to see how the client compares to the average population.

Once the history has been taken, the neuropsychologist will decide what neuropsychological tests will be required. Neurological testing looks at a number of cognitive abilities such as visual perception, reasoning, learning and memory. In addition to these cognitive abilities, the tests can provide information about attention span, verbal skills, concept formation and problem solving as well as other areas. Once these basic neurological functioning tests are completed, the neuropsychologist may decide to do more in-depth testing and assessment of one aspect of a client's cognitive functioning.

Treatment: The focus of a neuropsychologist's treatment is usually on assessment and development of a treatment plan. The treatment plan itself could involve making referrals to specialized services such as an occupational therapist, a speech therapist or even another clinical psychologist to help the patient deal with any behavioral or emotional issues arising as a result of a brain disorder.

In addition to referrals to other services, the neuropsychologist may also develop cognitive compensation and cognitive remediation strategies to help a patient deal with a cognitive loss as a result of brain injury or disorder.

Cognitive Compensation: Cognitive compensation is a strategy where the neuropsychologist develops a plan to teach a client how to compensate for any weaknesses in functioning. The neuropsychologist will help the patient learn to use any retained skills to compensate for a loss of functioning in another area. For example, a person who is experiencing poor visual memory because of a brain injury could be taught how to use verbal memory aids to help remember the information.

Cognitive Remediation: A neuropsychologist can also develop a cognitive remediation strategy in order to help a patient recover lost cognitive functions. Cognitive remediation is simply a set of repetitive exercises designed to help a patient improve a variety of abilities such as attention, memory, planning and executive functioning. Improvements in these areas will lead to the patient being better able to function in a social setting.

Most cognitive remediation strategies can be practiced using a computer program. A computer program will also be helpful in that the program can keep track of a patient's success rate and can make the assigned task more difficult as the patient exhibits success at a particular level of difficulty.

A cognitive neuropsychologist uses a number of different methods to investigate the relationship between brain functioning and cognitive ability.

Where Does a Neuropsychologist Work?

A neuropsychologist has the opportunity to work in a number of different settings depending on your interest.

Research Organizations
If you are primarily interested in research, you may want to find work in a university or other research facility where you can explore the relationship between brain function and behavior. In addition to research at a university, a neuropsychologist can also teach about neuropsychology and neuropsychological testing.

Another area of research open to a neuropsychologist is conducting research for drug companies on the effects of new drugs that are being developed. You would investigate if a new drug has any harmful or beneficial effects on brain functioning and cognitive ability. You may also look at how effective certain drugs are at alleviating the effects of certain neurological disorders such as Alzheimer's, depression and a number of other problems related to brain functioning.

Hospitals and Other Acute Settings: A neuropsychologist may find work in a hospital or regional neuroscience centre working with patients who are suffering from the effects of trauma, neurosurgery or neurological disease. Neuropsychologists working in a hospital setting usually work with patients suffering the early effects of these conditions and they would be referred elsewhere for long term care.

Community Outreach: A neuropsychologist can also find work dealing with people who have suffered some form of brain dysfunction from either trauma or disease and are now living back in their community. The neuropsychologist would provide continuous assessment as well as training to help the patient remain in the community.

Legal Setting: As a forensic psychologist you may be required to perform assessments and testify in court in support of a client who is suffering from a decrease in cognitive ability.

Regardless of the setting where you find work as a neuropsychologist, you will be called upon to do a number of different assessments to determine if there are any problems with a person's behavior, emotions or thinking ability as a result of brain trauma or disease. A neuropsychologist may also be required to provide psychotherapy to clients suffering from a brain disorder to help develop ways that a client can cope with emotional problems and ensure that the client's environment does not make the condition worse.

How Do You Become a Neuropsychologist?

In addition to obtaining the necessary state licenses to practice psychology, you may also want to look at doing at least two years of work providing neuropsychological services under the supervision of a neuropsychologist.

There are a number of different areas that a neuropsychologist can choose to work in depending on a person's interests. Neuropsychology can be a rewarding occupation that helps people deal with the negative effects of trauma, brain disorders and other neurological problems. If you are interested in how the brain affects behavior then becoming a neuropsychologist may be a good choice. The job outlook for educational psychologists is good, with the U.S. Department of Labor estimating that the growth rate for educational psychologists will grow faster than the average rate of job growth.